Fighting back with fat: the modified ketogenic diet and MCT oil for autism
PANDAS and PANS: The inflammatory aspect of autism
Picky eating: The relationship between sensitivity to touch and mouthfeel

Recent advances in the understanding and treatment of autism

Autism spectrum disorders are one of the biggest challenges of modern medicine and several theories have been proposed to explain how these conditions develop and how they can be treated.

In this new review, researchers from Tehran University highlight the following modern theories of ASD development:

Dietary and therapeutic strategies for inflammation in autism spectrum disorders.

Brain development and function can be influenced by the environment, gut health, and diet in utero and after the child is born.

For instance, lab studies indicate that offspring of mothers who were obese during pregnancy were more likely to develop social communication impairment and repetitive behavior. Scientists explain that the low-grade inflammation caused by obesity could impair the brain’s neuronal circuit which controls behavior in the offspring.

Moreover, anything that adversely influences the development of the gut microbiome (such as the mode of delivery, stress, antibiotics, and diet) will also affect the gut-brain axis. Since gut microbes produce neurochemicals that play a role in social cognition, emotion, and behavior, improving the gut’s health during pregnancy could decrease risks of ASD in the offspring.

As such, this paper highlights promising adjuvant therapies for ASD include:

Numerous studies indicate that abnormalities in the folate-related metabolism pathway could increase likelihood of both genetic and environmental predisposition to ASD.

In a new study, Chinese researchers investigated the following biomarkers in a group of 89 autistic patients and 89 healthy controls aged 3 to 12 years old:

Each participant was given a standardized dietary guidelines and exercised moderately about a week before fasting blood samples were collected.

The researchers reported that, compared to healthy controls, children with ASD were more likely to have:

Results from this study suggest that, using Fisher Discriminant Analysis, the following six metabolites could help identify – with great accuracy –  84.3% of patients with ASD:

Fighting back with fat: the modified ketogenic diet and MCT oil for autism

Low in carbohydrate, moderate in protein, and high in fat, the ketogenic diet has shown promises in the treatment of ASD.

In this study, 15 children aged 2 to 17 were prescribed a modified ketogenic diet with supplemental medium-chain triglycerides (MCT) oil for 3 months.

Individuals with ASD suffer from mitochondrial dysfunction –mitochondria act like the cell’s “engine” and helps produce energy. The scientists wanted to see if adding MCT to the modified ketogenic diet could improve ketone and fatty acid production which would optimize mitochondrial efficiency.

The children’s caregivers received 2 hours of training on the modified ketogenic, gluten free diet and MCT protocol. This diet consisted of:

At the end of the study, 50% of the children showed moderate to considerable improvement in ADOS-2 scores for the social affect component. No significant difference was observed in restricted and repetitive behavior scores.

Furthermore, 50% showed improvement on CARS-2 scores in the areas of imitation, body use, and fear or nervousness.

Findings from this study suggest that this modified diet could improve inflammation levels, gut health, and cellular health in ASD patients.

PANDAS and PANS: The inflammatory aspect of autism

Both PANS and PANDAS disrupt normal neurologic function since they affect basal ganglia nuclei, a cluster of nerve cells at the base of the brain. As such, PANS and PANDAS can trigger acute and dramatic onset of neuropsychiatric symptoms in children.

Unfortunately, due to the abrupt onset of symptoms, children with PANS and PANDAs are often misdiagnosed as having a psychiatric illness and treated only with psychotropic drugs.

This does not address the root of the problem since, in some individuals, exposure to certain bacteria, viruses, or germs can disturb the immune system which can start producing autoantibodies.

These antibodies attack both the invaders and the brain, causing inflammation in the brain and leading to a sudden onset of neurological symptoms. Therefore, a safer alternative would be to try an anti-inflammatory protocol combined with an anti-infective treatment.

Picky eating: The relationship between sensitivity to touch and mouthfeel

When talking about foods, what do taste, smell, appearance, and texture have in common?

Well, “love-hate relationships” with foods are often based on these characteristics. For instance, kids are more likely to dislike bits and pieces of foods in a homogenous texture. The same goes for tough, gummy or slimy foods vs. foods that are crispy or crunchy.

And in an interesting new study, scientists have found that tactile sensitivity – a person’s emotional response to textures and the touch of objects – could promote picky eating even into adulthood.

The study involved 89 undergraduate students aged 18 to 25 enrolled at Maastricht University. The students were requested to fill in a self-report questionnaire that measured:

It turns out that “participants who disliked textures more when feeling them by hand, also disliked the mouthfeel of different foods more and in turn liked fewer foods.”
Take home-message: Match the food’s texture to your child’s preferences. For instance, if your child doesn’t like pureed meats, try minced meat or slow-cooked meat. These are easier to digest than beef strips and don’t look like a paste.  Additionally, if your child doesn’t like the texture of mushy vegetables make them crispy and crunchy. Hi. I’m Julie Matthews, a Certified Nutrition Consultant, Author, and Published Researcher. I teach practitioners (and parents) that children and adults with neurological, digestive, and immune conditions, most notably autism, can improve and heal with BioIndividual Nutrition®. My diet and nutrition guidance and methodology is backed by scientific research and applied clinical experience. I train clinicians (and support families) from around the world with my nutrition learning tools and professional training courses. My BioIndividual Nutrition Training teaches you to practice BioIndividual Nutrition for a wide range of conditions, and my Pediatric Intensive is for practitioners specializing in autism and neurodevelopmental disorders.

Join the BioIndividual Nutrition email list to get the latest articles, clinical tips, and nutrition science for practitioners, and FREE access to The 10 Pivotal Questions Nutrition Professionals Must Ask to Improve their Clinical Results. 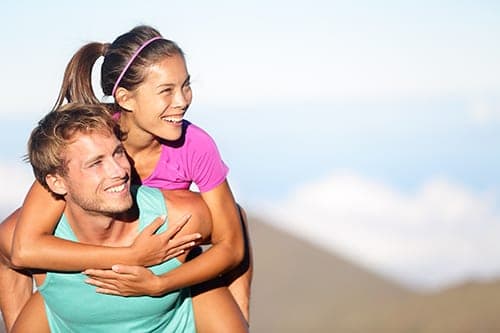