Panic attacks and hyperventilation attacks – could they be linked to nutrition? Panic attacks (PA) and hyperventilation attacks (HVA) are generally considered as ‘mental’ health issues. But a growing body of evidence indicates that what we eat and how we live strongly influence our mental and emotional state.

One such piece of evidence from Japan suggests an interesting link between iron and vitamin B6 levels and PA or HVA.

This study involved pre-menopausal women with PA or HVA (research group, n = 21) and 20 healthy volunteers. None of the study participants had liver disease, kidney disease, endocrine or inflammatory issues and none were regularly taking food supplements.

Serum levels of vitamins B2, B6, B12, and iron were measured either during visits to the emergency department (research group) or after overnight fasting (control group).

What the research showed:

The authors suggest that, since iron and vitamin B6 are involved in the formation of serotonin in the brain, deficiency of these nutrients could suppress serotonin production and cause PA and HVA.

Journal reference: Mikawa, Yasuhito. “Low serum concentrations of vitamin B6 and iron are related to panic attack and hyperventilation attack.” (2013).


Can supplements help with depression? We’ve been told that depression is caused by a chemical imbalance that may require lifelong medication. But what if specific nutrients could improve treatment outcomes in depression?

In a brand-new study, researchers investigated the efficacy of the following nutrients as adjunctive treatments for depression:

Keep in mind: You can’t out-supplement a nutrient-poor diet or an unhealthy lifestyle. One of the (many) reasons is that unlike real foods, supplements do not come with cofactors the body needs to absorb specific nutrients. Don’t know where to start? My free guide can help you.

Effects of probiotics prebiotics, and phytobiotics on anxiety, depression, and  mental health The microbiome exerts a major influence on neurological health since our brains and gut are linked. Research shows that an inflamed gut promotes the release of inflammatory molecules (cytokines) in the bloodstream. These cytokines are able to cross the blood-brain barrier and induce inflammation in the brain, creating neurological symptoms like depression, anxiety, and stress.

A new study shows that supplementing with probiotics, prebiotics, and phytobiotics (i.e. phytonutrients such as polyphenols) for 30 days work together to increase beneficial bacteria. This can, in turn, improve:

The effects of diet and probiotics on anxiety and depression Around 90% of serotonin receptors are located in the gut. As such, it makes sense that digestive health, and the gut’s microflora, can have a tremendous impact on mood.

In a review of studies, scientists explain that numerous lab studies indicate that probiotics can improve anxiety-like and depressive-like behaviors. For instance:

It appears that probiotics can protect the gut’s lining from the adverse effects of stress by decreasing the activity of the autonomic nervous system and the HPA axis (which is involved in stress response). This, in turn, leads to reduced plasma levels of adrenaline, noradrenaline, and corticosterone in stressed mice.

Interestingly, probiotics may not alleviate anxiety induced by a high-fat (Western-style) diet in the absence of anti-inflammatory cytokines produced by immune cells. What this means is that fixing food before trying gut-modifying therapies may yield better results. Essential oils have been used for hundreds of years for their relaxation properties. And in 2017, research showed that orange essence could help alleviate anxiety in children with type 1 diabetes.

60 Iranian children aged 6 to 12 were enrolled in the study and allocated to the intervention (n=30) or the control group.

In the experimental group, two drops of orange essence were used on a strip of gauze inside an open box kept at a 5-cm distance from the child’s nose. The children were asked to breathe in deeply for about 2 minutes. This procedure was repeated thrice weekly on Saturday, Monday, and Wednesday before bedtime for two weeks.

All the children completed an anxiety questionnaire before and after the intervention.

Results indicate that the essential oil helped to significantly reduce (i) physiological anxiety, (ii) social anxiety, and (iii) tendency to worry in the intervention group.

The researchers report that, besides orange essence, lavender and rose essential oils are also commonly used for their anti-stress and anxiety relief properties.

Inborn errors of metabolism (IEMs) are rare disorders involving a faulty gene that makes it difficult for the body to convert food into energy.

The treatment for IEMs typically involves dietary manipulations, which along with genetics, can influence the health of the microbiome. For instance, excessive food intake or food restriction, can lead to gut dysbiosis, an imbalance in the type and/or quantity of bacteria present in the gut.

This gut dysbiosis can further alter the metabolic state of a person with an IEM by worsening the functions of the liver and the brain, the two major organs already affected by IEMs.

As such, an unhealthy microbiome can cause:

Journal reference: Colonetti, Karina, Roesch, Luiz Fernando, & Schwartz, Ida Vanessa Doederlein. (2018). The microbiome and inborn errors of metabolism: Why we should look carefully at their interplay?. Genetics and Molecular Biology, 41(3), 515-532. 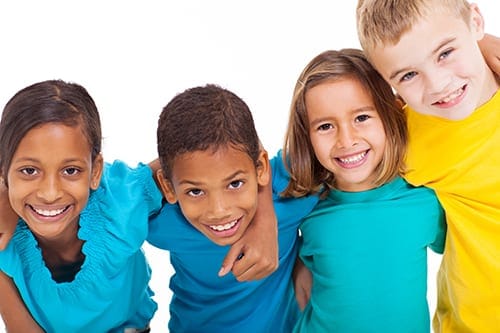